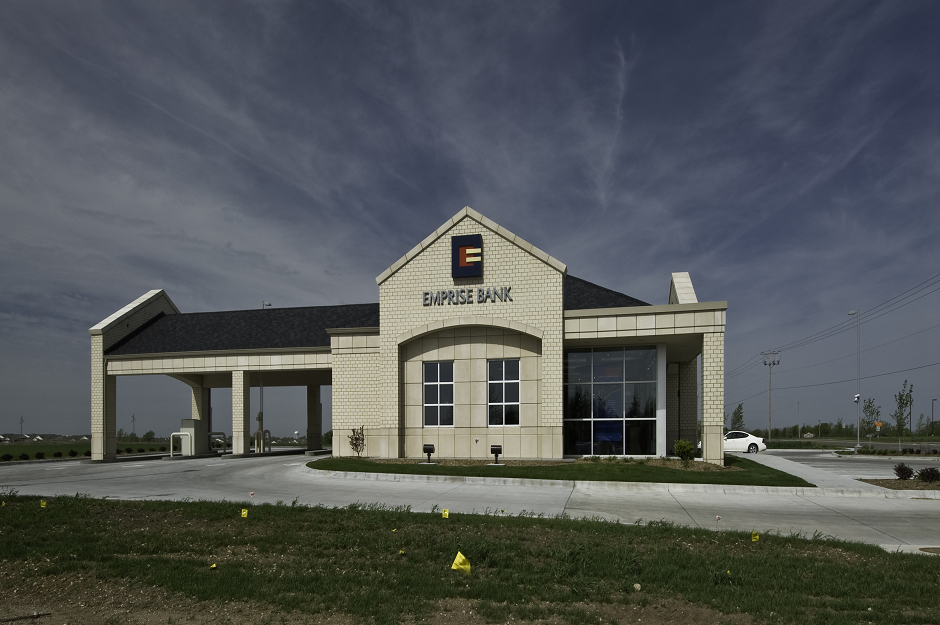 Emprise Bank has over 40 locations in 20 communities throughout Kansas. Anticipated expansion led to the desire for a new facility model to serve as a prototype for any new branch Emprise builds in the future. The bank had a clear picture of what they wanted their new branches to look like so they chose to hire Simpson Construction Services on a Design-Build contract. The scope of work consisted of two identical facilities in two different cities, Wichita and Derby.

SCS was charged with hiring an architect and engineers and worked closely with the team to design a unique facility that enhanced the Emprise brand and achieved the experience that the Bank wanted to provide to their customers.

The Design-Build process allowed SCS to provide the client with several value engineering ideas as a precautionary budgetary measure. The two facilities were completed in seven months.

This was the first time the owner had used a design-build process. Working with two city inspectors with different acceptability standards added to the complexity of the project. In addition, effectively balancing both jobs in different parts of the process with identical subs was critical to meeting the timelines. Both of the final branch locations, with new parking lots and landscaping, were handed over to the client within two weeks of one another. 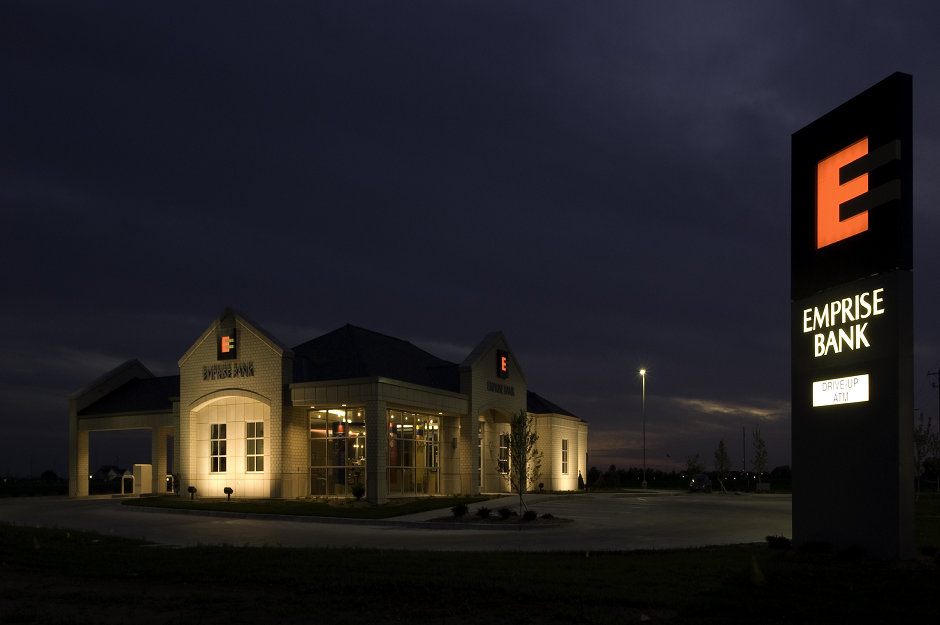 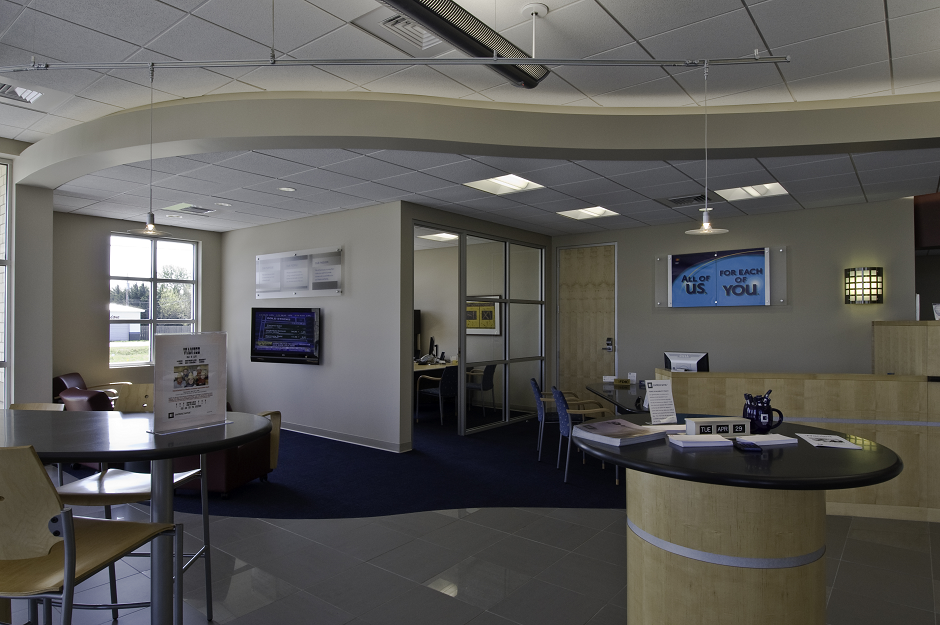 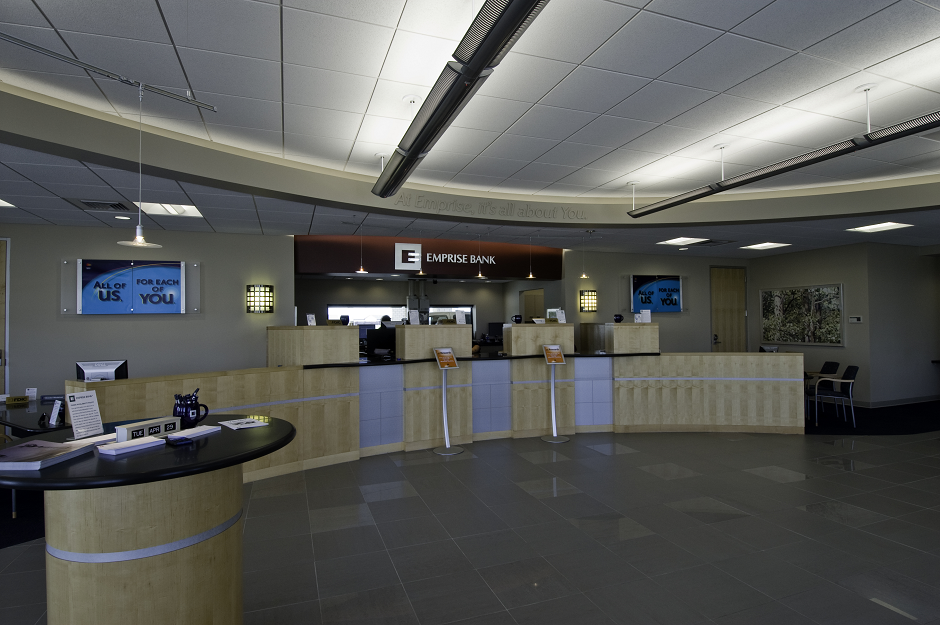 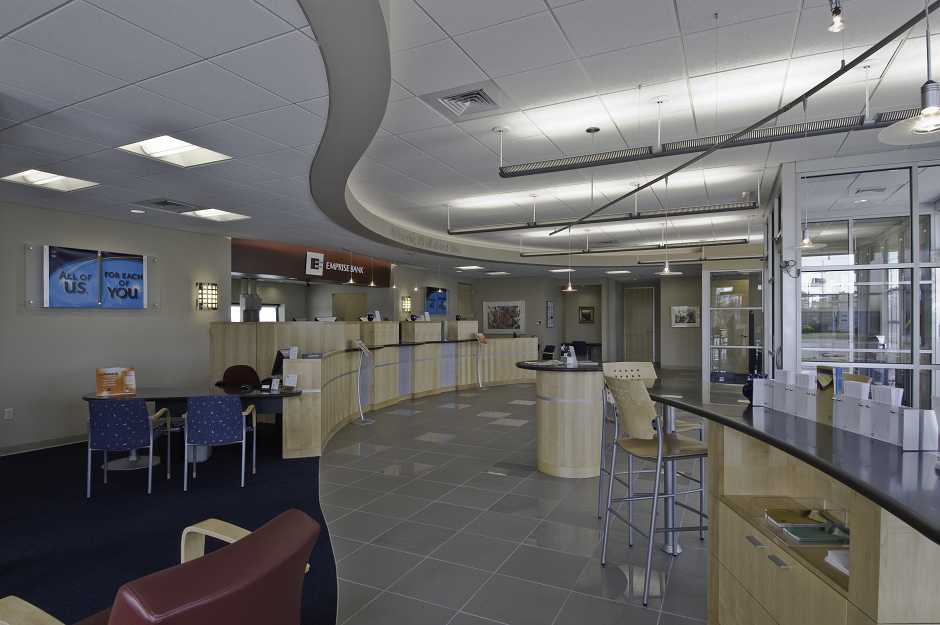